You may think that electronic cigarettes are a reasonably new invention, which is understandable seeing as though so many shops and outlets are choc-full of the latest juices and mods. However, the concept of vaping was thought up decades ago and just didn’t gain enough momentum to become as trendy as it is today.

The first kind of electronic vaporising device was designed and patented for use in the medical field in 1927 by Joseph Robinson, who submitted the idea believing patients could inhale their meds.

The device would hold medicinal compounds that would emit vapours upon heating – so even though the device wasn’t intended for smoking, the foundations for vaping had been set quite early on.

By the time the swinging sixties had arrived, the tobacco business was in full swing too. People couldn’t get enough of cigarettes, and their advertising campaigns were on billboards, in magazines and even took TV spots.

However, American business graduate, Herbert A. Gilbert, wanted to eliminate the burning element of smoking, knowing that inhaling smoke from burnt substances couldn’t possibly be good for you and was altogether pretty gross.

Gilbert built the first battery powered electronic cigarette in 1963 and was patented two years later. His invention was even featured in the 1965 December issue of Popular Mechanics.

Unfortunately and rather ironically, a warehouse fire destroyed Gilbert’s original prototypes, which along with the over-powering tobacco marketing campaign, left his business in the dust. 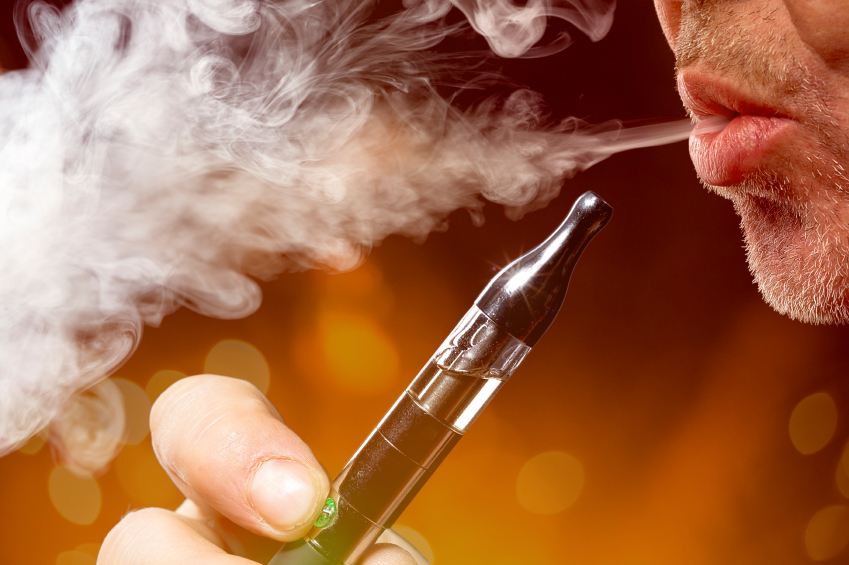 J.Phillip Ray was the next hot shot to further develop the vaping game. With another non-combustible design, Ray’s invention was of a similar size to a standard cigarette which gave off a nicotine vapour but without the harmful tar and carbon monoxide.

It was around this time that the term ‘vaping’ and ‘vapers’ may have come about, with a focus on taking up the practice as a way of quitting smoking.

Chinese pharmacist, Hon Lik, is the person who has perhaps brought us closer to the modern electronic cigarettes we see today. Lik’s inspiration stemmed from a dream of his – not a desire, but an actual recurring dream he kept having about drowning. Within the dream he would be fighting for breath whilst submerged in water, but then the water would turn into a vapour that would give him a breath of relief.

Lik designed a smokeless cigarette in 2003 which used a high frequency piezoelectric ultrasound element to vaporise the type of e-liquids we see today.

At Cloudz Vapour, we stock the latest and greatest in vaping equipment with all kinds of vaping juice flavours! For any enquiries into our products and brands, feel free to contact us via our website to see if we can find what you’re looking for. Otherwise you can also find us on our Twitter, Facebook and Google Plus pages.